In October of last year T324 was contacted by Abbot's Pizza looking to build a new website. At first glance, the project seemed simple, a pizza place, a simple menu, maybe something about their location, great, nice and easy. But after a simple online research, we found we weren’t dealing with your average pizza joint. We found Abbot’s online reviews, and often times, what people have to say about a company helps our designers craft an adhering personality into the site. From review sites to foodie blogs, Abbot's was receiving rave reviews for pizza styles we didnt even know existed. With Pizza’s like Leaks and Shallots to a Chicken Curry pizza with honey, we could have said our minds were blown if we could get our mouths to stop watering from mentionings of exceptional spices seeping from sicilian style sausages… We realized we needed to design this site to be as unique as the food they were serving up and as popping as their online reviews.

But to say our thoughts on Abbot's were all about the food, would be to cut the acclaimed Venice Beach pizza parlour a few slices short of a full pie. One thing most eye catching, we’re customers’ reviews of the staff! The people at Abbott’s apparently were not just making great food, but exceptional experiences for those who came through their doors. So when it came to selecting images for the site, showcasing Abbot’s acclaimed staff was a must. With smiling faces that looked like family having fun, their photos of their day to day operations made for an overall inviting feel to the site.

But what makes a staff so great? We needed to know because maybe if we could find what made the workplace such a happy place to be and be a part of, then we could use that theme as an underlying structure to our design ideas. And after several consultations with Richard Schiffer, owner of Abbot’s pizza, we found our answer, “because it’s all about family.”  He is driven by, "the artists, musicians, and people who really care about the neighborhood and not just making money". And in a recent interview he let loose letting people know that as for the values he instill in his business, "we're trying to make this place a nicer, safer, cleaner place for people to live work and play." The idea of a healthy family with concern for their community would be the binding agent between ideas, design, and implementation. Richard made it clear that he wasn’t just serving up pizza, but making a family run business, run like a healthy family. From ingredients to working staff, everything was a precious piece to cultivating a working environment that seeped out into the customer’s experience. Now we had the ingredients to get cooking on the site.

Richard also told us that the community that his restaurant serves was as important as the food itself. Being located in Venice Beach, California was huge to Abbott’s because they are all about their community. The bright smiling faces to the warm sunsets of SoCal, we tried to infuse those elements of character into their pages with palm tree laden background images that change their shade like a SoCal sunset as the user scrolls down the page. 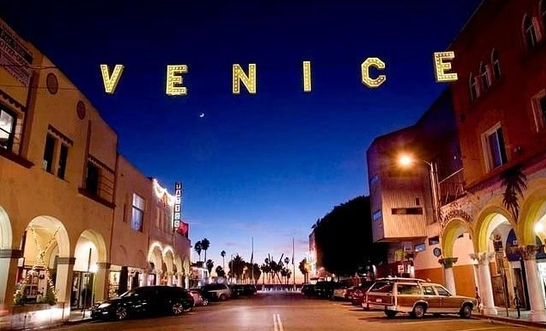 One of Richard’s leading values was to allow his customers to make an impact within his business he wanted his community to be able to begin dialogue with his company as easy as possible, so we included a suggestions section on his contact us page, and facilitated customer reviews on sites like Yelp, Google and Urban Spoon. We also made sure to include their company video on their homepage because with one click the user is brought into the process of Abbott’s daily operations. And smiling faces everywhere. If we were dealing with a company that constantly brought smiles to people’s faces, we should be building a site that does the same. 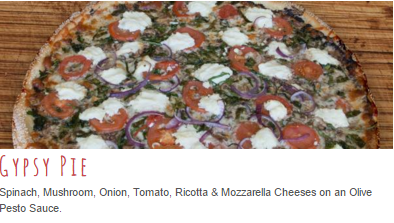 And lastly, the food. The food had to be flavor to the site. With such unique dishes with fresh ingredients, a photo portfolio was an absolute must. And we saw an opportunity to create one in an online menu. In a nice clean presentation we tried to live up to the old saying, “a picture says a thousand words.” But in our case, when all was said an done on Abbott’s new site, we only needed four, “Must get to Abbott’s.”

Categories:
Client News
Ready to get started?
Request a Meeting