Extreme Gothic Halloween Values for the Discerning Geek, at 99Only. 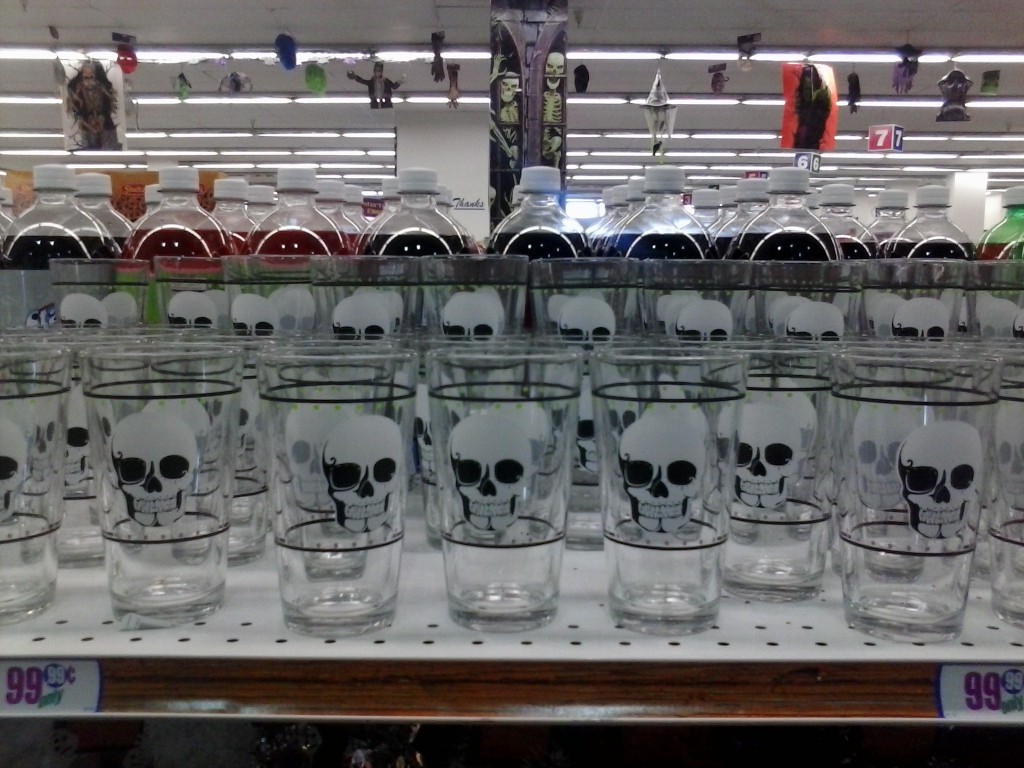 And now begins the High Holy Season of Geeks, the sacred month of Halloween.

The 31st falls on a Thursday this year, so expect parties both the weekend before and the weekend after. Or you can opt for Halloweek, like we're doing. Today is the day to begin laying in supplies and planning your events, so we've got some tips on shopping.

Our local 99 Cents Only store is in an old theater, an wonderful architectural survivor in the middle of the Berkeley International Market strip on San Pablo. I stopped by to check out the Halloween offerings last Friday and I was blown away. So much good stuff, so affordable! Let's look at some of these goodies. {C}

As you see above, there are Halloween skull glasses for your intoxicating beverages. 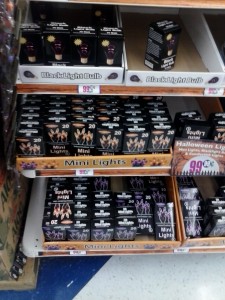 There are sets of green and orange lights - only 99¢ !- blacklight bulbs, and feather crows, such a steal at 99¢. The fake crows at Pottery Barn are $24-36 EACH this year, FOR REALZ, just sayin'. They have racks of costume basics, so if you want to put on a Jason mask and call it good enough, you'll have lots of money left over for drinking. The rack of false eyelashes offered some excellent choices- I got blue. 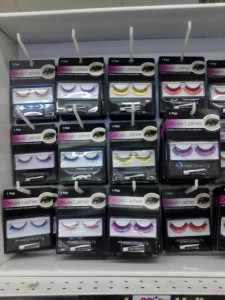 There's party ware galore, paper plates with a grown-up skull motif and really cute themes for your kids' party. I like to hit the regular party ware section and get basics in black and orange, then stack plates and napkins in alternating colors. 99Only has quite a bit of glitter table decor, from skulls to pumpkins- a huge trend these last couple of years, thanks to Martha. Black roses look great in a cheap vase spraypainted flat black, next to glitter skulls; mix a bunch of roses and one of rosebuds for texture. 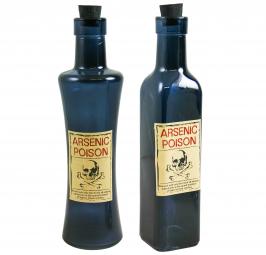 You can decant beverages into these pretty black, purple and red bottles, already with the scary labels. Don't forget skull ice-cube trays, because it's all about the fancy ice cubes these days. (I also got the skull shot glasses to put in treat bags for adults; at for four for 99¢ that's a quarter each.) 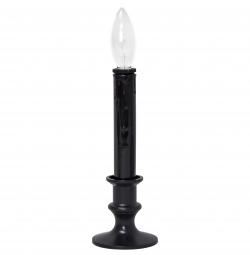 Candles and candle holders abound, with trendy themes like owls. You can see below that the owl display had already been hit hard by Berkeley hipsters. I have to go the MAT with these Gothic Martha Stewart bitches for the good stuff, let me tell you. The crow trend is HUGE this year; how about this crow table topper? The battery operated candlesticks are a tremendous value, and will look gorg in your window. Get a case of 18 for $18 and you can place them independently around the house, rather than having them all on one string like this set from Pottery Barn, which costs fifty bucks. You can get a case of quite nice rubber rats for $36, and make your house deliciously verminous. Relatedly, add glow-in-the-dark spiders and creepy creatures blue-tacked to the bathroom walls for the delight of energy-conscious guests who turn the light off as they leave. 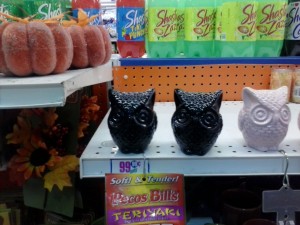 Other incredible values on basics and classics include "Danger" tape, Halloween doormats, banners, yard signs, cauldrons, favor boxes,  all the candy and enough costume supplies to dress your daughter's whole pre-school class as Vampyrates for a twenty.  (True story, I was at Target buying this claw collection and the cashier told me her toddler girl is going to be a Vampyrate). Honestly, there's so much good stuff, so cheap, at 99Only that I would have left with a carful instead of three shopping bags if I didn't already have fifteen boxes of Halloween decor in storage. When you have a box marked "Best Halloween Linens", you have too much Halloween stuff. And yet, like Todd said in the episode before the Breaking Bad finale, "No matter how much you've got, how do you turn your back on more?" (Update 10/24/2013: 99Only has suspended ordering online, but you can still buy all these goodies in-store.)