The Coney Island History Project began as a way to preserve a piece of New York culture vital to the history of the United States. So when we were approached to give their website a makeover, we were especially honored. Not only becasuse of the inherent value in being a part of such an important histroy, but because for some of us here at T324, New York is a place we once called home. T324 Founder and President, David Daniels was born a New Yorker with family from Coney Island. "This wasnt just another project for us." when speaking about the process behind building the new website, "This was personal. Every page, every word, every letter had a special weight to it." It’s not everyday you get the chance to present a piece of New York history to a global audience. We wanted to present a site that was as fun and inspiring as an actual visit to Coney Island.

As can often happen in life, our new beginning started with an ending. In 1911 a Coney Island fire decimated a new park that was briefly known as Dreamland. And we couldn’t help but to build parallels between the burnt down Dreamland and the, tangled, twisted and outdated custom made CMS that the CIHP website had been operating on for the past decade. So we had to deconstruct the old foundation and build a new one to keep the mission and dream of the Coney Island History Project alive. Ari Bolbaatar, our Junior Dev Ops here at T324, said, “This job was all about process. The most exciting challenge was, easily, the deconstruction of the old site, but needing to leave a basic foundation for us to build something new. That was tough, but we figured it out.” Throughout the process the CIHP gave us a constant contact that assured us their entire staff was nothing less than exemplary.

Once ready to build anew, we began by asking ourselves questions we thought the CIHP might ask themselves, specifically, “How can we build a site that maximizes community engagement?”. We knew this site would need to be inviting to the mission of CIHP, but educating on the content all within the same clicks of the mouse and tap of the screen. So in every chance we got, we made sure to maximize the users ability to move forward with a call to action becasue if it's any value the CIHP lives for, it's for community engagement. 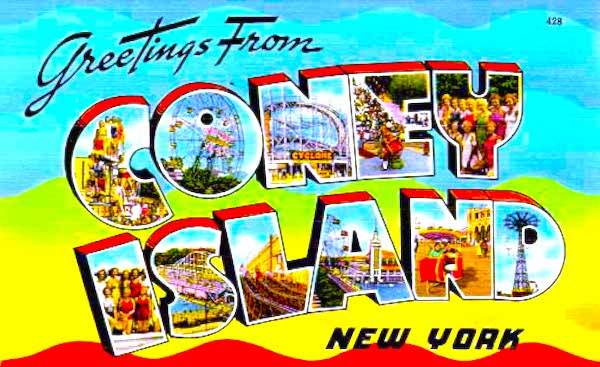 After reading through the documents they provided we realized the history they were presenting was highly colorful, so we wanted to match that aspect in the site. On their homepage you can see a robust color palate that really captivates and engages the viewer to explore more. And whether looking to virtually explore their latest and greatest impressive exhibits, or looking into their oral history section, the concept of constant education and engagement follows you form page to page. But with popping colors and stunning images covering ever screen, the build wasnt just about what we saw, but what we heard. 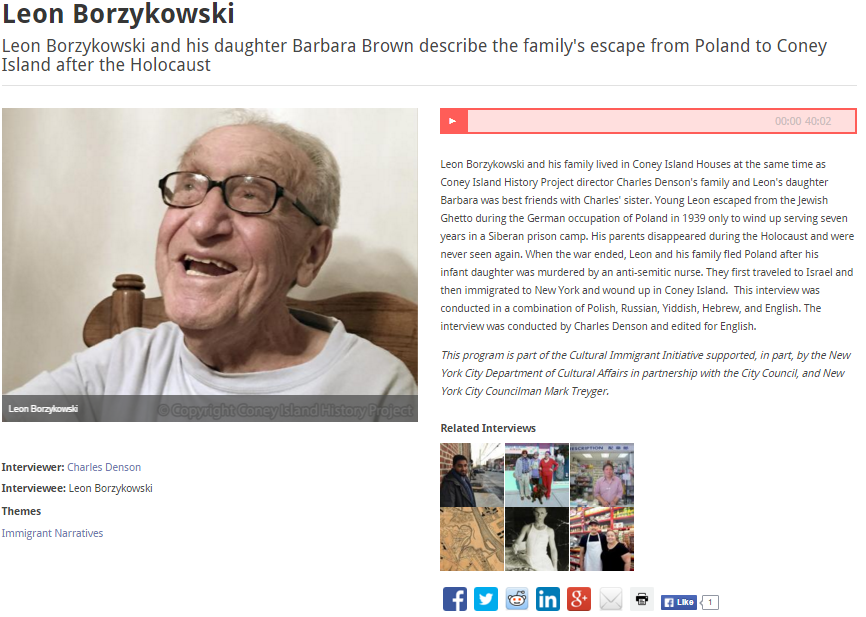 of the site, where the people and their stories really come alive across time and space. These personalized recording recreate glimpses of a historical past that might have been left to the wayside of a simple text book. The ConeyIsland History Project set out from it's inception to let a history be told, not only by those deemed professional historians, but by all of us. The you’s and me’s of the world, all collaborating to tell our own stories about how the world unfolds. And they have really drove this concept home with the Oral History pages. But while keeping an ear to the past was a must, a wise man once said, keep and ear to the past and a foot to the future.

So, to keep in step with the times, CIHP has built and maintained a budding social media presence for an enhanced community engagement platform. And we wanted to maximize the opportunity to join for anyone navigating the site, so on every page we left it possible to join them on Facebook with just one click.

With this new site every time the user turns a new corner they immediately envelope themselves in a new historical experience. The user isn’t just learning about history, but actively participating in their own history. So if your reading this post now, go and have fun with the site, and who knows along the way you might even make yourself part of history.

Categories:
Client News
Ready to get started?
Request a Meeting